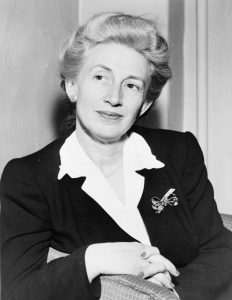 For those at the Michael Casey chat and those who may watch recording, he sent this today:

Enjoy a private screening of “Lillian Smith: Breaking the Silence”. Lillian Smith was one of the first white southern authors to speak out against white supremacy and segregation. Available 9/20-9/27

A child of the South, she was seen as a traitor to the South for her stance on racial and gender equality. A friend of Eleanor Roosevelt and Martin Luther King, Jr., she used her fame after writing a bestselling novel (“Strange Fruit”) to denounce the toxic social conditions that repressed the lives and imaginations of both blacks and whites. With her lifelong partner Paula Snelling, she educated privileged white girls at her summer camp in north Georgia and tried to open their minds to a world of compassion and creativity.

“Breaking the Silence” will explore how this child of the South became a formidable voice of the South — a voice that has been muted in the decades after her death.

Just as important, we’ll show her relevance today as we face a rising tide of intolerance and discrimination throughout the world.

Click the link to enter the private screening from September 20 thru September 27: https://lilliansmithdoc.com/private-screening-gwinnett

This site uses Akismet to reduce spam. Learn how your comment data is processed.